There are quite a number of peptides on the market, and it’s very easy to get them mixed up. BPC 157 is one of the many peptides you can buy right now. It is widely available in different supplement stores, but not many people know how exactly it works.

BPC 157 is a peptide chain containing 15 amino acids. The term BPC refers to “body protection compound.” It is a protein found in stomach acid, so it occurs naturally. It was discovered back in the 1990s, and it continues to be studied to date.

BPC157 does not occur naturally. It is a produced fragment of the protein BPC, but it produces similar effects.

BPC 157 supports the rapid healing of muscles and tendons. It has powerful regenerative properties, and that’s why it is so popular among sportsmen. Besides promoting the healing of tendons and muscles, BPC157 also enhances the healing of wounds and stomach issues.

BPC 157 is available in both oral and injectable forms. Many people prefer oral use because it is effective and more friendly. Others prefer injecting the drug near the site of injury, where it produces fast results. 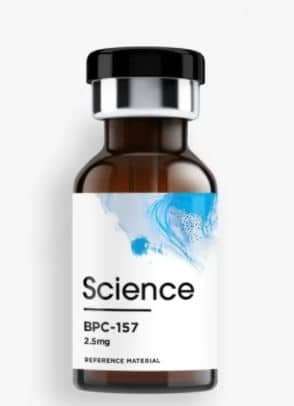 Research shows that BPC 157 mainly works by stimulating the formation of new blood vessels. BPC 157 increases the levels of a signaling protein known as vascular endothelial growth factor or VEGF, which promotes angiogenesis.

Additional studies have also shown that BPC157 can stimulate tendon and muscle healing by blocking 4-hydroxynonenal. This is a growth-inhibiting molecule that prevents repair and formation of muscle and tendons.

In addition to blocking the growth-inhibiting molecule, BPC157 can also encourage the formation of more receptors in tendon cells for the growth signaling molecules. This expedites the healing process significantly.

According to this study, BPC157 fights inflammation, which causes ulcers, wounds, and other stomach issues.

BPC157 is popular among athletes and fitness enthusiasts, but its benefits extend beyond this niche. Here are some of the BPC157 results you can expect:

Some reports also claim that BPC157 can protect the nervous system and the brain. Some actually go as far as saying that it can improve some neurological disorders. However, these claims are not supported by any clinical trials. Research into the drug is still ongoing, though, so it will be interesting to see what the researchers report.

BPC157 is seriously understudied, but some people are already using it. The good news is there haven’t been any severe adverse reactions linked to the drug. Cases of side effects are quite rare, and they only involve mild issues like digestive problems such as diarrhea, bloating, and nausea.

The risk of experiencing side effects increases significantly when you take BPC 157 in high doses. Overdosing on BPC157 can also lead to other issues such as mood swings, irritation, fatigue, dizziness, and toxicity. It’s imperative that you use this drug in the right doses.

You should know that first-time use of BPC is normally accompanied by mild side effects, with nausea being the most common one. This is usually a reaction to your body getting used to the new drug. The problem should go away once your system gets acclimated to the drug.

Does BPC157 Cause Cancer?

There haven’t been any studies linking BPC 157 to cancer growth. However, since the drug increases angiogenesis or growth of new blood vessels, some people claim that this can speed up the development of cancerous cells. This is purely theoretical, and it has not been supported by any study so far.

There are no proven dosages of BPC 157 due to the lack of peer-reviewed trials on this drug. However, based on the little available knowledge, most people have found 1-20mcg per 2 pounds of body weight to be more effective. The trick here is starting with the lowest dosage and adjusting it accordingly, depending on how you react. It can be dosed once per day, or you can split the dosage into smaller amounts and take them several times a day.

TB 500 is another popular healing drug. It is often sold alongside BPC157, and the two share quite a lot in common, so it can be hard knowing which one is right for you.

While the two drugs do almost the same thing in the body, they have different formulas, so they are essentially different compounds. The small distinctions are important to note as they’ll help you decide which one is the better option for you.

TB 500 works on healing different damaged tissues throughout the body. Meanwhile, BPC 157 is effective when focusing on a specific injury, e.g., a muscle or tendon injury. Also, TB 500 is dosed twice per week, while BPC157 is taken daily.

Another major difference between the two is on side effects. TB 500 has been linked to more severe complications like cancer development. Meanwhile, BPC157 is based on an organic protein found in stomach acid, so the risk of side effects is usually very minimal.

BPC 157 helps speed up healing and dealing with Inflammatory bowel disease, but it is important to remember that there are very limited clinical trials on it. This basically means that we don’t know the full extent of its effects, both positive and negative. Therefore, if you are going to use it, make sure to practice caution throughout the process, from buying the drug to dosing it. Listen to your body for any adverse reactions at all times. You may also want to consult a licensed physician if you plan to use the drug through intramuscular injections.

Jintropin Growth Hormone: Does it help with treating Alzheimer?