Home How to deal with Kratom Nausea: the complete guide

How to deal with Kratom Nausea: the complete guide

Kratom has been used as a supplement in energy boosters, pain relievers, mood enhancers, and treatment for opioid withdrawal; however, the cure may be worse than the cause. People may not know that Kratom has been on the DEAs hitlist for years as a Schedule I (most restrictive classification with the likes of LSD and heroin) of a controlled substance.

People believe that all plant-based drugs tend to be safe, but the two primary ingredients in Kratom are:

Both of which are concerning to the FDA and the DEA because of their psychoactive properties. Psychoactive drugs affect specific mental processes, moods, and emotions, such as alcohol or other controlled substances. The link between Kratom and nausea is that you will undoubtedly feel nauseated if you take too high of a dosage.

Kratom has an acute toxidrome symptom because it is a habit-forming opioid. Nausea is one of the withdrawal symptoms and a sign that you have ingested too much Kratom. Kratom has been used since the 1800s in Asia and is becoming increasingly common in the US as an over-the-counter drug.

Kratom is misleadingly considered safe because it is so easily attainable. Because of the novelty, the US population is just beginning to understand the full effects of Kratom. Since it is so readily available everywhere, and everybody is different, proper dosing continues to elude answering the question, just how much is too much? 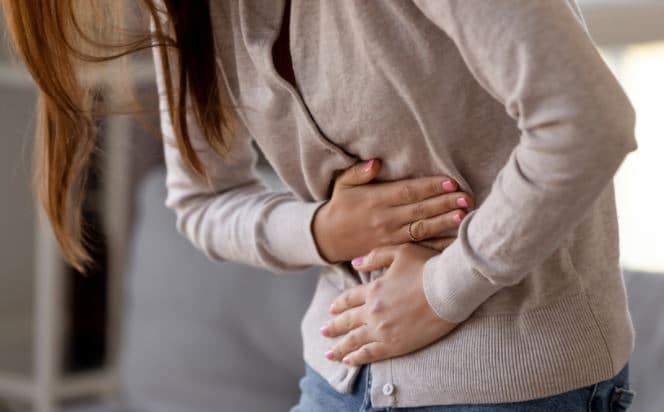 In low doses, Kratom can act as a stimulant and provide you with an energy boost, while a higher doses, it can reduce pain and even bring a sense of euphoria. At even higher doses, it can be a sedative and assist in sleep. However, too much of a good thing will make you sick.

Knowing how much you can ingest and respecting the power of the medicine you are taking is key to success while using Kratom. Kratom comes with various side effects, which is why the cure may be worse than the actual ailment.

Taking too much Kratom can lead to a very unique overdose that is hard to diagnose because of its dual stimulant and sedative properties. Although it is like an opioid, the overdose doesn’t act like an opioid. The medical team will treat symptoms as they arise instead of the deeper cause.

If you feel you have taken too much Kratom, it is best to tell the medical workers exactly what you ingested:

So they know what they are treating and avoid complicating the issue with the wrong medications that can lead to an even more adverse reaction.

Side Effects Of Kratom

Nearly 1,800 reports have been phoned in to the US Poison Control Centers from 2011 to 2017, complaining of side effects, including deaths. Half of the calls ended with seizures and high blood pressure.

Some of the common side effects associated with Kratom are:

It should be noted that no one knows what level Kratom is toxic to people, but it is possible to overdose. Keeping a keen eye on how you are feeling and a record of how much you have taken is essential when working with this drug. It may be beneficial to speak with your doctor about an alternative medication to thwart the effects.

You will feel Kratom taking effect 5 to 10 minutes after ingestion and lasts 2 to 5 hours. Kratom should not be taken with other prescription medications because it has been reported to lead to abnormal brain functions, including losing your ability to communicate.

Taking Kratom for over 6 months has shown an addiction that is similar to opioid withdrawal and will require treatment. Kratom is also passed through the bloodstream from mother to infant, creating abnormal development and withdrawal symptoms. This includes both breastfeeding and during pregnancy.

Kratom also can act as a carrier of Salmonella per; the United States Food and Drug Administration who has credited Kratom with 35 Salmonella deaths. Avoiding products that contain Kratom is the best practice.

Is Kratom Regulated In the US?

There is no regulation of Kratom in the US currently. Government agencies have warned companies that advertising Kratom as a 100% natural plant-based herb is misleading.  Most people believe that it is safe due to that simple fact.

Kratom is legal and can even be purchased via internet sites. The DEA and the FDA are talking about acting but haven’t actually pulled the trigger yet. The FDA sites no medical uses for it that are approved.

Researchers and doctors believe that since there are only hundreds of cases per year that end up in the emergency room, Kratom will not get the attention that it deserves until thousands pass through the doors.

Researchers had once believed that Kratom might show promise in treating opioid addiction; however, they have recently come to the conclusion that the risks outweigh the benefits.

Taking Kratom for any ailment comes with a long list of imbalanced risks to the benefits of the drug. If you take too much, you will feel nauseous and even dizzy, which can lead up to far worse things all the way to coma and death.

Participating in Kratom is a personal choice that each person, at present, can make for themselves. It is encouraged that you do the proper research on any drug that is not regulated by the FDA or hovers over a Schedule I drug on the DEA list.

Advertising Kratom as a harmless over-the-counter, plant-based cure is both misleading and dangerous. This is a drug that may be better left on the shelf as you are more likely to suffer more disadvantages than advantages and will likely become addicted.

Buy Kratom for the #1 USA Supplier